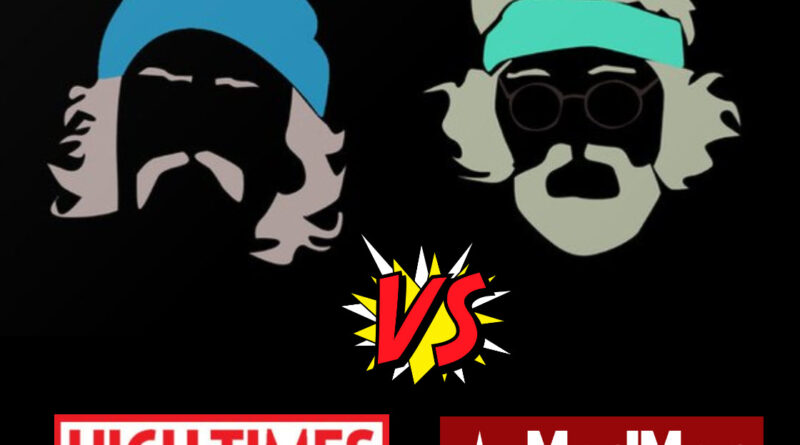 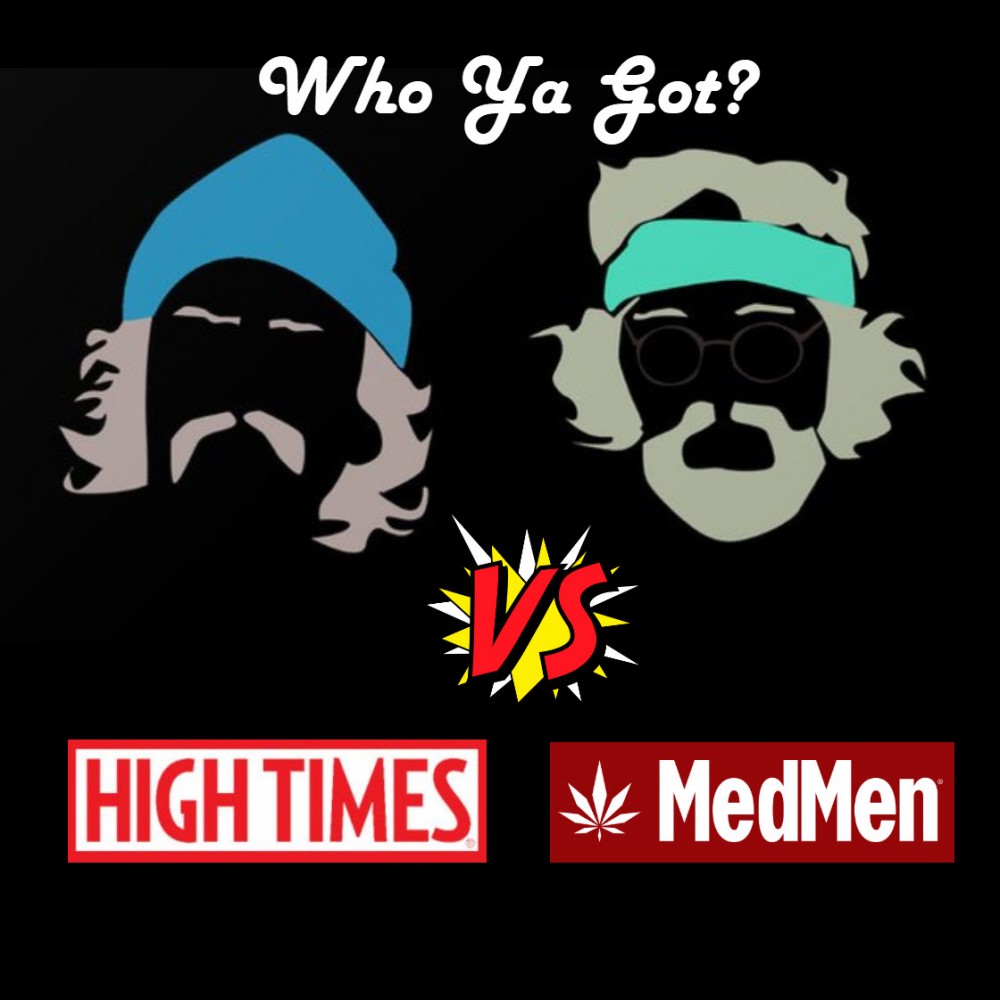 As MedMen falters, Cheech and Chong and High Times Look to fill the Branding Void

In big news this week, Tommy Chong came on live with Cannabis.net to announce that Cheech and Chong were finally getting into the dispensary game with a deal to open up to 5 new Cheech and Chong dispensaries in California, Colorado, Massachusetts, and Nevada.  During the interview Tommy mentioned that they are looking at some previous and current MedMen locations, and may try and take over those physical spaces when MedMen reaches a financial nadir where they either go bankrupt or have to sell-off stores and assets.

Also this week, we have High Times making a mad dash to try and get into retail cannabis through a flurry of deals announced over the last 10 weeks before luck ran out on their long running Reg A fundraising journey.  The clock may have struck midnight this week as the SEC has stepped in and put a halt to High Times’ crowd fundraising due to a failure to file their corporate financial papers on time.  While High Times has no problem doing webinars and sending out daily emails to try and lure investors to their Reg A offering, they claim COVID-19 has curtailed their ability to audit their money, but not collect it, hence they can still take credit card deposits for future stock certificates, but can’t get those same bank statements audited for the SEC due to COVID-19.

This could be a death blow for High Times’ hopes for a quick pivot to retail cannabis sales and a full brand turnaround.  While High Times has a plethora of “non-material” lawsuits to already deal with, the SEC is not a private party suing them for accounts receivable and lack of payments on service rendered.  The SEC is the US Federal government, a Federal government that has the unlimited resources of time and money to investigate High Times.  If the SEC finds that High Times continued to sell or attempt to sell shares after their June compliance date for having to get their financials released, there will be settlement that most likely include a long delay, or outright ban, on the organization’s ability to access public markets.

But it does beg the question, who would have won the battle of brand-named dispensaries, Cheech and Chong or High Times?  I will exclude Planet 13 for now as it is a single location set up for the purpose of being a destination visit in Las Vegas.

-Marking advantage of using their Cannabis Cup Winners’ products in their store chains and using that hook to differentiate themselves from other dispensaries, it is their marketing “ace in the hole”.

-Lack of support from the cannabis space – Their reputation in the cannabis space keeps hitting new lows each day, and while the general public may just want to buy good weed and is not aware, or interested, in the daily drama of the marijuana industry, the industry itself is in no great rush to support the brand or the current management team.

Cheech and Chong Dispensaries are Coming! Tommy Chong Comes Clean on Trump, Weed, and Religion from CannabisNet on Vimeo.

-Financial backing at the right time – While Tommy Chong and his new partnerships are raising money for the project now, the timing of getting the funds is key, as in, right time right place.  With the imminent implosion of MedMen, the cannabis stock market crash, and the large Canadian producers pulling back on expansion and current production, the investment dollar can go a lot further now than 24 months ago.  There are distressed assets lined up for Tommy and his team to scoop up for pennies on the dollar right now.  Real estate, rental agreements, leases, just about everything is on sale, and everyone is looking for some return, anything, on their assets and capital.

-Chong’s Choice – Tommy Chong and his team already have hiqh quality cannabis products on the market that can demand a premium on pricing and shelf space.  If the Chong’s Choice suite of products can be expanded and used as anchor products in Cheech and Chong stores, then you just hit the vertical integration and margin protection “home-run”!  As margins will decrease for years to come in the cannabis space, the “moats” as Warren Buffet refers to them, that Tommy and Cheech can set up by owning the grows of Chong’s Choice, creating the product, charging premium prices, and then owning the stores that the product is being sold out of is a very mouth-watering opportunity for savvy investors that know how this space works, and what the future looks like for branding and margins.  This could be marijuana retail’s “prefect storm”, only in a good way.

The head-to-head battle may never take place now that the SEC has halted the High Times fundraising efforts, but it would have been an interesting branding experiment to watch play out in competitive states like California and Colorado.  Both brands appeal to the same demographic, nostalgic stoners over the age of 40, who grew up with Cheech and Chong movies and skits, as well as reading the print edition of High Times.  That demographic just happens to lead the world in cannabis product purchases, and buying power in general, so both companies were hitting the right demographics to great fast revenue numbers.

In my opinion, Cheech and Chong dispensaries would have won this battle.  Tommy Chong still has a pristine reputation, an iconic brand, and sits proudly on the Mt. Rushmore of Weed. The public and cannabis industry will rally around the Cheech and Chong brand as it bring happiness, found memories and chuckles, and smiles to millions of people. And “Hey, Maaaaaan” Tommy Chong has never done anyone wrong in the marijuana industry, never ripped people off, or cut corners on deals.  Unfortunately, the same cannot be said for High Times since the Oreva capital merger.  If karma is a bitch, Tommy Chong should be just fine starting a premium dispensary brand, while High Times and MedMen are about to find out karma from the SEC can be quite a painful and long experience.

TOMMY CHONG ON GOING INTO RETAIL, WATCH BELOW… 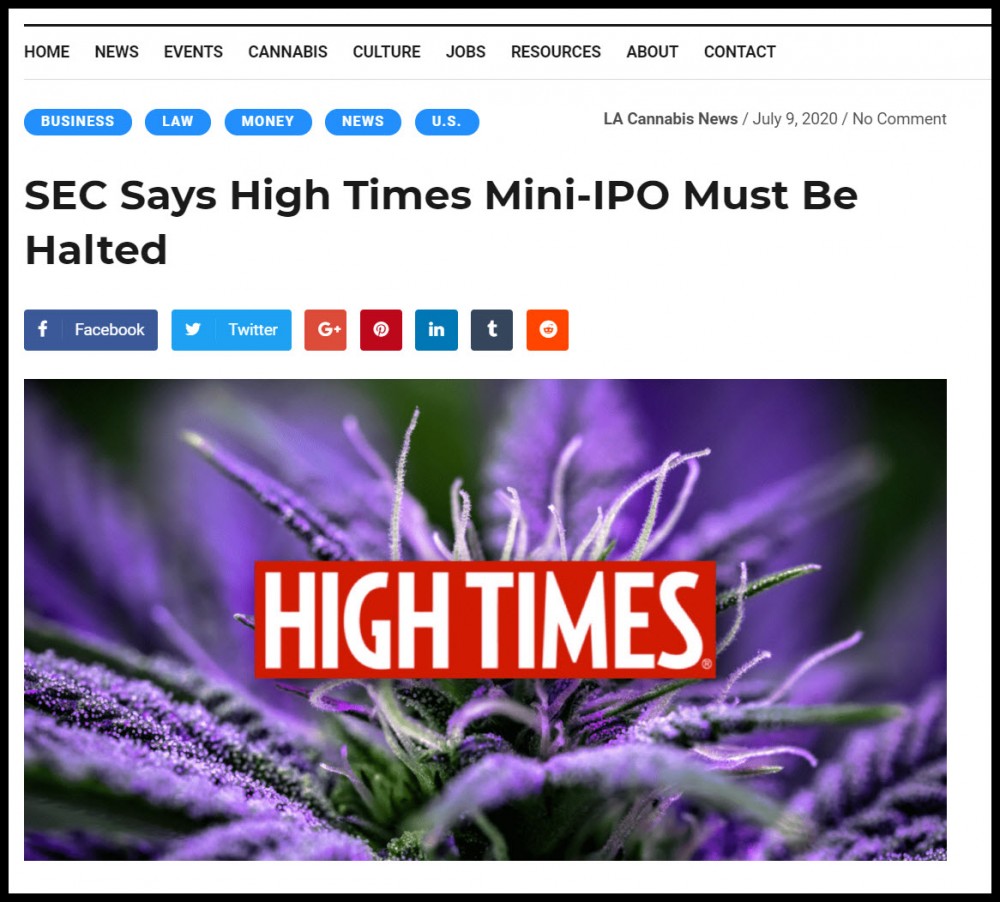 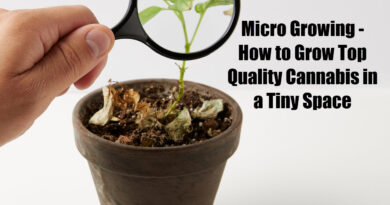 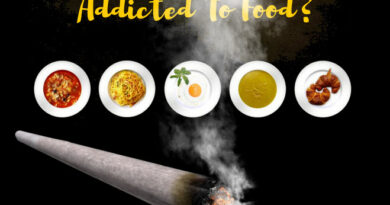 Can Cannabis Help with Food Addictions and Overeating 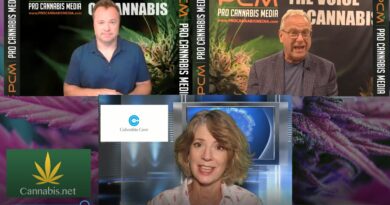 Marijuana Business News – Cheech and Chong Back Together, The Golden Goose Cannabis License, and Congress Votes on Weed?