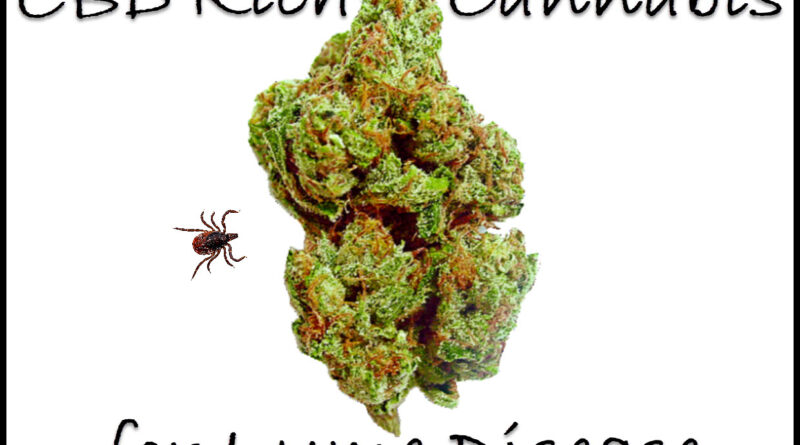 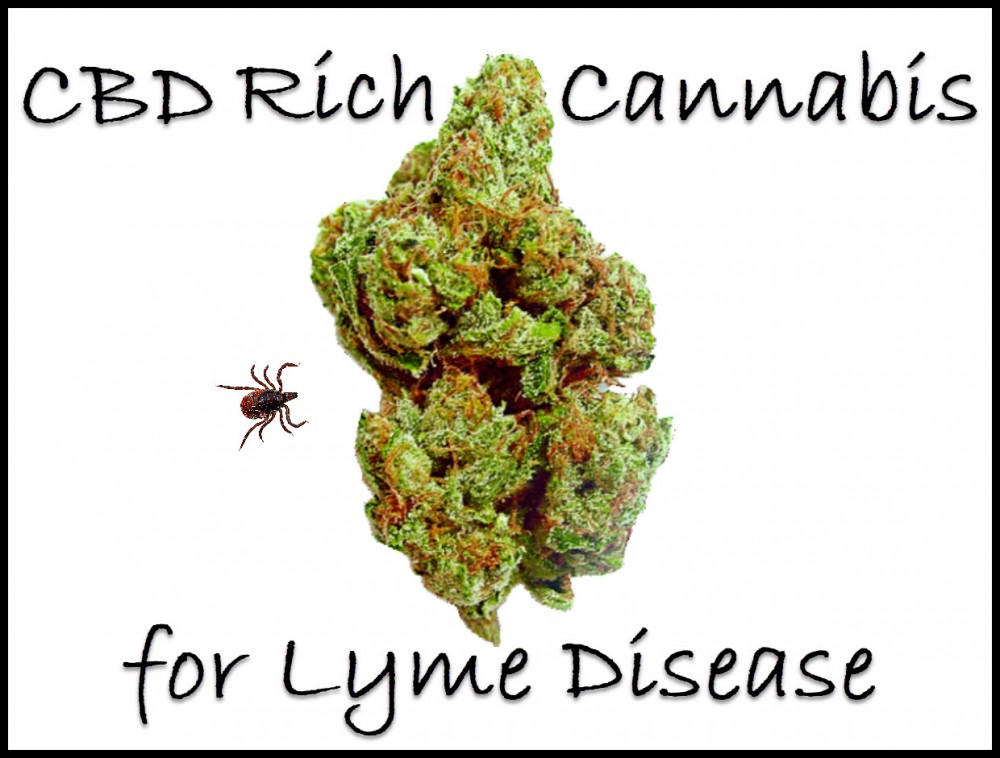 The application of cannabis as a natural answer to help in many medical problems has increasingly grown over the years and that growth is sure to continue as studies to apply cannabis for its medical benefits in newer fields are always ongoing. Many cannabis users have since been coming up with different questions as to which ailments cannabis use has been proven to be beneficial, and the conditions in which the available information is not enough to give a final verdict.

Cannabis has shown a lot of promise in dealing with a host of conditions ranging from mental health problems like depression, anxiety, post-traumatic stress disorder to pain, inflammation, and convulsion. This has made  it possible for a good number of physicians to allow cannabis assisted therapy to help patients deal with some of these conditions as well as other conditions that show these symptoms.

One such disease in which the efficacy of cannabis can be of help in dealing with it is Lyme disease and a proper look into the condition, the causative agent, the symptoms and effects will help  you to understand why cannabis is suggested as a possible solution for the disease.

A Closer Look at Lyme Disease

Lyme disease occurs due to bites on the surface of the skin by deer ticks which if not detached immediately leads to the onset of rashes on the skin, general body aches, nausea, and chills. The main proponent of the disease is the tick whose bite kickstarts the series of effects that characterize the disease. It is important that the tick is detached from the skin and the site of penetration as soon as possible because the longer it stays on the body of the host the more likelihood of more problems arising.

When it comes to Lyme disease, time is of the essence. It is important that once the tick is identified or the symptoms begin to come to light, necessary steps are quickly put in place to ensure that it does not develop into severe cases like those that cause meningitis. The general method of dealing with cannabis is with the use of relevant antibiotics which have been proven over time to be quite beneficial in dealing with the disease. However, some studies and personal accounts of users have led to the inquiry into the possible role that cannabis can play in the management of Lyme disease.

Many of the medical effects of cannabis are on the account of the presence of the endocannabinoids in its structure and none of these endocannabinoids has gained as much appraisal as CBD for its medical application. Though CBD is not the only endocannabinoid with medical value, it remains the most applied and it has been to great effect. CBD is non-psychoactive and it has long been used for its numerous medical benefits such as in dealing with pain, inflammation, and help with neuroprotection.

Different studies have been undergone concerning the use of cannabis in dealing with Lyme disease and the symptoms that follow it. Experts have expressed the antibacterial potential domiciled in cannabis due to its effectiveness against some strains of MRSA which will account for its ability to deal with the rashes that accompany the lime disease. Strains of cannabis with high CBD contents also have a strong use in dealing with the symptoms of Lyme disease such as aches and nausea. Studies have also shown that cannabis can remove traces of spirochetes which is known to be the main cause of the disease. The ability of CBD to help with seizures has also been well documented to an extent due to its anti-inflammatory and anticonvulsant activities.

The case is not yet that that cannabis strains with high CBD contents should be used to replace antibiotics in the management of Lyme disease, instead, its that the cannabis strains can be incorporated into the therapy to help deal with the symptoms and increase the time of recovery. Along with the anti-inflammatory activity, CBD also helps to deal with the anxiety that arises on the account of the aches, fever, and rash that accompany the disease. Topical creams containing CBD and CBD oil and ointments can also be applied to the site of the rash to speed up the healing process.

One major role that CBD plays that also makes a good case for the need to incorporate it into this therapy is neuroprotection. CBD helps to protect the nerves from neurotoxins that are deposited into the system, a role it plays when used along with prescribed antibiotics.

The case for CBD rich cannabis strains and Lyme disease is still very much ongoing as a considerable amount of study still needs to be done on the subject matter. The signs however are already there to see that cannabis rich in CBD might just be what is needed to make the treatment of Lyme disease more effective.

HOW CANNABIS IS HELPING WITH LYME DISEASE SYMPTOMS 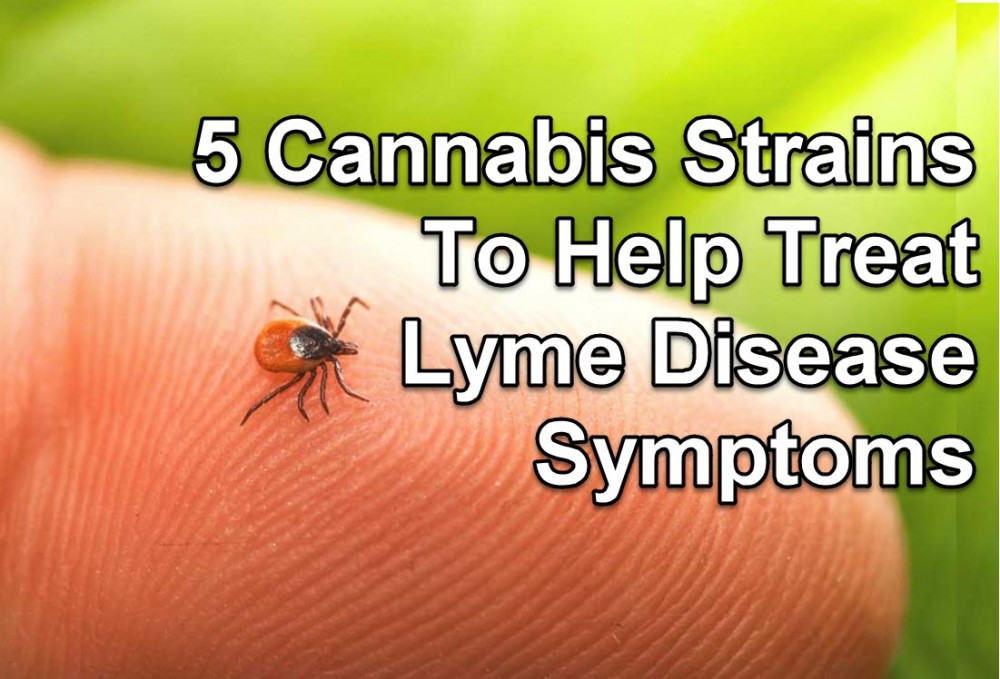 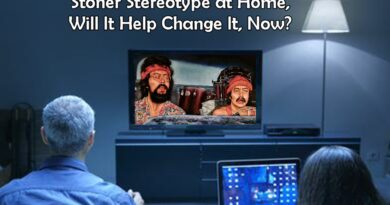 COVID-19 is Forcing Everyone to Live the Stoner Stereotype at Home, Will It Help Change It, Now? 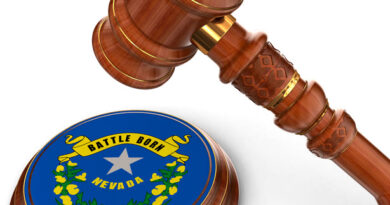 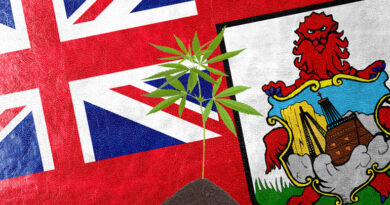 Why Did the UK Just Block Cannabis Legalization on the Island of Bermuda?