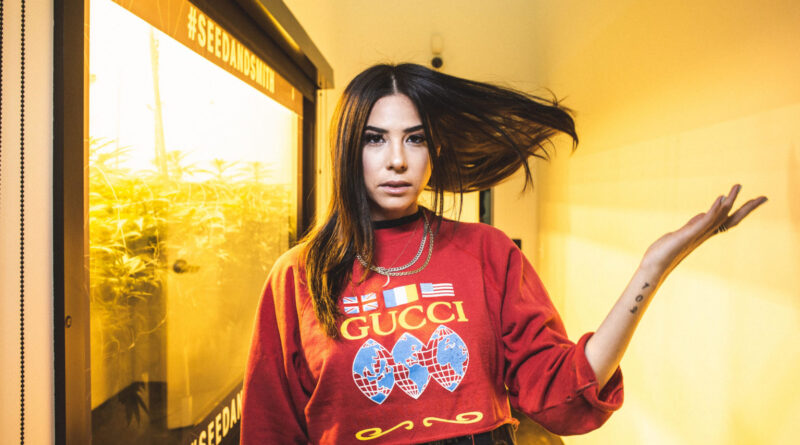 
Many comedians have worked cannabis into their professional personas—some even make it their entire persona—but few have incorporated it as flawlessly as Rachel Wolfson. While she’s hilarious and not above using the leafy green goodness as a punch line, cannabis also goes much deeper with her. But it wasn’t always this way.

“I was first really introduced to weed when I was 19, because growing up with such a strict family—my parents were politicians and defense attorneys—they used all these scare tactics and said I would literally die if I smoked weed,” Wolfson said. “Then I was living in Vermont, in college, and a boyfriend of mine literally laughed when I told him that. Then I started to realize like, ‘Okay, pretty much everyone knows that no one has ever died from smoking weed.’”

Still, even after wrapping her mind around that realization, there was still subconscious fear and shame around using cannabis. But even that began to lift, as Wolfson researched NORML and cannabis advocacy and realized how much good work there was to do. Now she also uses cannabis for medical purposes in lieu of taking multiple pharmaceuticals. To this day, she is open and honest about using cannabis to help cope with depression and anxiety.

Similarly, it took Wolfson a while to land on her career as a comedian.

“I spent my 20s in and out of working corporate and restaurant jobs,” she explained. “I took marketing gigs on the side, and I just kind of hustled, working wherever I could. Then I started working at a corporate comedy company, and at this point, I taught myself Photoshop so I could gain a new skill to help at my comedy job, and at this point, I was in the marketing side of comedy.”

From there, she started the Wolfie Memes Instagram account, and she realized she could be funny as a meme creator. After that, she wanted to be at the forefront of the comedy scene, not behind the scenes doing marketing. But she was still a little hesitant about jumping into the spotlight.

“With Wolfie Memes, I would get DMs, and people would talk to me as if I’m a dude, like, ‘Yeah, bro,’ implying they thought I was a guy, and I didn’t correct them,” Wolfson said. “And I wasn’t ready to come out of the green closet, per se, because my parents and my family always made it seem like there was a risk, like it could affect their jobs.”

Still, she heard comedy calling, and eventually ended up trying stand-up, where she couldn’t hide the fact that she was a woman or stay in the green closet. But the rush of performing and making people laugh ended up being enough to make her stay in the limelight and gain confidence in her art.

“I had grown a small following, but at that point, I hadn’t gone onstage,” Wolfson explained. “It wasn’t until I started coming into my own, going to open mics and starting my first podcast and then just growing a following and kind of building a name for myself with stand-up, and not just the memes. That’s kind of when everything came together, when I was able to combine all those skills and my story into something I care about.”

Now, even through the COVID pandemic, Wolfson’s been creating. She’s working on a new podcast, looking forward to live comedy coming back and planning to continue to focus on activism as well.

“There’s work that needs to be done, and I’m so aware of that,” she said. “I’m always constantly thinking like, ‘Okay, how can I give back. I want to uplift these voices, and I think, especially in cannabis, they are underrepresented. My advocacy rests within using my humor to spread the message of access, and also uplifting other people by sharing their content.”

It’s also important to Wolfson to provide a space for women in cannabis and comedy.

“I can prove that cannabis humor is funny, and that it doesn’t matter if I’m a guy or a girl,” she said. “Women can be funny; we can smoke weed. We don’t just use cannabis as a fetish. There are a lot of medical reasons why cannabis is important to women specifically, and there are things cannabis treats that men will never go through, like menstruation or having a baby. I want to keep proving that women belong in cannabis and in comedy.”

Read this story originally published in High Times July 2021 Issue in our archive. 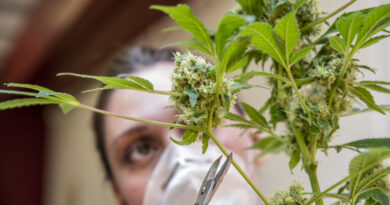 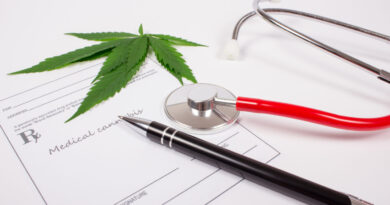 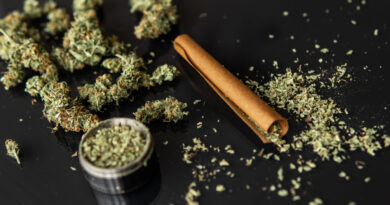